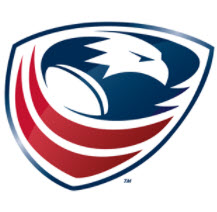 The Capital Rugby Union (CRU) organizes, administers, controls, regulates, improves, teaches, and fosters the growth and maintains the standards of the game of Rugby Union Football for the clubs that are its members within the geographic area. It represents its members before other official administrative bodies of rugby on a regional, national or international level.

The CRU is a Geographic Union member within the USAR administrative structure; its teams play within the Mid Atlantic Conference (also called National Competitive Region Four or NCR4).

The Referees Society of Virginia provides regional coverage to Virginia area matches and, when resources permit, to other rugby unions on an invitational basis and reciprocal basis.

The RSV encourages club members and senior rugby players to consider refereeing as a part of their rugby commitment. The RSV can hold certification seminars throughout the year to discuss the laws of rugby and changes to the laws. Each RSV referee is evaluated by his peers to encourage the individual improvement and promotion within the referee ranks. They are frequently asked to call important inter-union club and union select side matches.

For more information about joining the RSV, contact the President or any of the listed RSV officials or speak to your referee after the match on Saturday.

National Competitive Region 4 (NCR4) consists of the Capital and the East Penn Rugby Unions. NCR4 has the common designation of the Mid-Atlantic Conference or MAC, which will cover all divisions of play.

The Norfolk Storm, a Women’s Rugby Football Club, was founded in 1996.  The Storm are a Division II club team with over 60 registered members, comprising all ages and skill levels. The goal of the team is to promote the sport of women’s rugby and build the level of sportsmanship and camaraderie within the rugby community.

USA Rugby is the national governing body for the sport of rugby in America, and a Full Sport Member of the United States Olympic Committee (USOC) and World Rugby. USA Rugby is charged with developing the game on all levels. USA Rugby oversees four national teams, multiple collegiate and high school All-American sides, and an emerging Olympic development pathway for elite athletes.